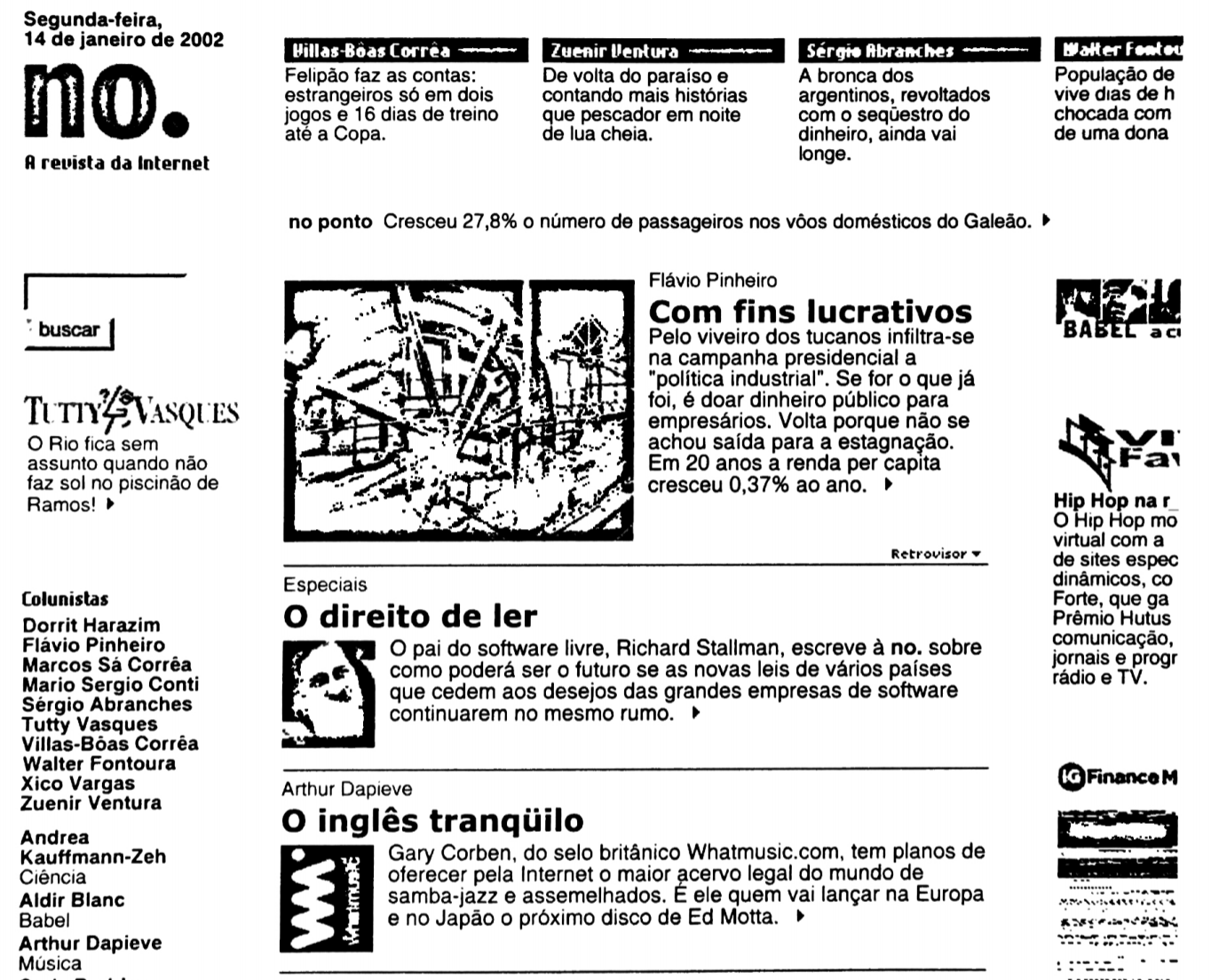 In 2002 my record label Whatmusic was starting to make waves in Brazil where there was a slow but steady reappraisal of their own music history. Ex O Globo columnist Artur Dapieve was one of those curious about what brought a bunch of English guys to reissue albums that were totally forgotten in their homeland. They weren’t ‘Gods in Brasil’ but they were Gods in Japan, London, NY and wherever DJs and collectors loved the wonderful sounds from Brazil’s past.

Here’s the full interview that appeared in the now defunct online newspaper NO.com.br.  There's also a PDF of the original interview in Portuguese - link at the footer. 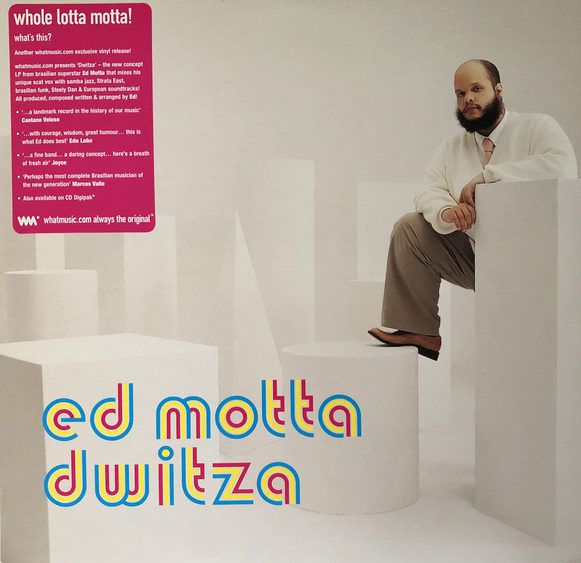 Interview from NO Magazine Brasil by Artur Dapieve

“We are that rare beast, a British reissue label that pays copyrights”

The calling card of Gary Corben, one of the founders of Whatmusic.com, is pretty convincing.

Fluent in Portuguese and passionate about Brazilian music - particularly samba jazz - something that’s been experiencing a much deserved reissue revival here in Brasil recently - and for European funky jazz, he has plans to turn his label into the largest reissuer of samba jazz in the world.

Working principally with vinyl LPs, he has already issued or re-issued works into the marketplace by the likes of Copa 7 (O Som do Copa 7 and  Som do Copa 7 Vol 2), Orlann Divo (A Chave do Sucesso) and Dom Mita (O Som do Black Rio), among others. Here [in Brazil] his partner is the highly experienced Durval Ferreira, along with some help from (Titã) Charles Gavin.

The credibility gained in ten years of traveling to Brazil - where he lived for three and a half years in Rio - led Ed Motta to seek him out to launch his next album Dwitza.

What follows is an interview by email with Corben direct from his computer at Room 33, 78 Marylebone High St, London.

What was your first encounter with Brazilian music in particular?

At the turn of the 90s I was buying records in the sebos [thrift stores] of Rio, São Paulo and Belo Horizonte, but initially just for my own collection, records that my Brazilian friends thought really strange, Marcos Valle, Joao Donato, Edu Lobo, all the bossa jazz trios I could find and anything on Elenco or Som/Maior labels.

Originally, I was hearing Brazilian music via American sources, [Antonion Carlos] Jobim, Eumir Deodato, etc. And of course Sergio Mendes. The songs in Portuguese, which I didn’t understand then, were always the most interesting to me. From that point on I would buy absolutely anything Brazilian that I could find.

This was in the mid 1980s, long before the megastores in London had their own world music sections. In record shops then you’d only find one rare album by Elis [Regina] after skimming through 300 bad French pop LPs.

My first trip to Brazil was in 1991 and thanks to my friends in Rio I got to know artists like Dado Villa-Lobos, Herbert Vianna, Regina Case and Caetano Veloso. They all thought it was really funny that I would be buying all these ‘weird’ Brazilian records. I remember that Dado gave me a bunch of rare Joao Gilberto LPs as a present on that first trip.

In 1993 I was in Rio and a friend of mine arrived from London telling me the prices [of Brazilian LPs] had gone crazy there and that anything deemed ‘rare’ was selling for between USD$100 and $600 and sometimes more. So, I started to buy extra records and carry them back to London in my hand luggage. It was always so heavy but the only way to avoid excess baggage fees. 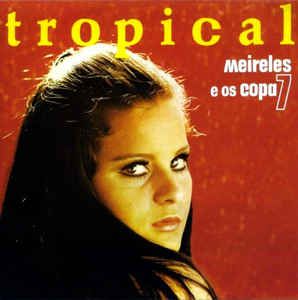 Meireles and Copa 7 - No Relation to the other Copa 7

What made you decide to start a label like this one?

Marisa Monte introduced me to João Donato in 1993. Back then, he was the forgotten man of bossa, almost no one in Brasil knew who he was. We became friends and I began to meet more and more musicians at time. At the start of 1995 I launched the first digital download service in Brazil, called the Cerberus Digital Jukebox.

We paid all royalties and we used a secure encrypted form of MP3 file before the MP3 format was ever officially published. I wanted to take all the classic Brazilian music ever recorded and make it available online to the rest of the world, but it was way too early for this type of platform (even in Britain) and the record companies just didn’t get it.

We worked with a ton of indie bands and musicians at the time Pedro Luis, Acabou La Tequila, Baba Cosmica, as well as Donato, Ed Motta and Sergio Ricardo, along with other who could see the future of this technology.

A few years later, back in London, a friend of mine who was a rare record dealer, specialising in jazz, latin and brazilian music started to reissue some rare titles on vinyl, really, really obscure stuff. He had no experience of the internet and very little in distribution, but he was managing to sell a thousand copies via an underground network of collectors and specialist stores.

It occurred to me that if we could make ‘real’ products for ‘real’ people and use the internet to reach them we could have a really successful label.

The majority of labels doing reissues were not paying licenses and were getting a really bad reputation, especially in Brasil. But with my contacts and experience with Brazilian music and my colleague’s experience with rare jazz and latin we knew that if we did the right thing (basically just by paying people!) and built a good reputation we could build the best reissue label in the world within these genres.

Another element that was fundamental to the label was the level of quality of the branding and products. The vinyl is produced in Germany in one of the best factories in the world.

Those who buy one of our releases generally buy more because they recognise the quality and rarity of the albums we reissue - those that collectors have been paying hundreds of dollars for.

The relationship we have created with artists has been extremely important and we’ve had the help of Durval Ferreira whose story in Brazilian music is incredible: composer, musician, ex head of RCA, of CiD, producer etc. And he’s still young in the head. 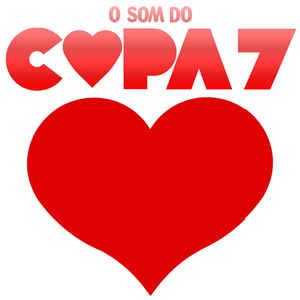 Did you manage to establish a typical customer? Who is the typical Whatmusic customer?

We don’t sell records in the normal way. The British are almost as bad as the Brazilians when it comes to thinking about exporting. But at Whatmusic we view our public as global, united by access to the internet. This allows us to work in say Japan, in the same way as we might work in the UK.

The biggest part of our business is distribution to specialist record stores around the world but we have a lot of direct customers who come straight to our website. A lot of those come via eBay where we advertise our resissues alongside the super expensive originals. Our buyers range from purist collectors to DJs looking for new stuff to sample. 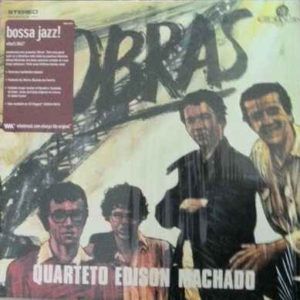 You probably come and go to Brazil a lot, what’s your current routine?

There was a time when I’d go to Rio ten times a year and of course then I lived in Rio for three and a half years but I haven’t been since last March as I’ve been occupied with building the label. I know all those guys who hang out selling records in from of the Municipal Theatre.

There used to be a Russian guy who’d buy everything from them (to bootleg in London) but I could always get more because I was always fair with those guys and I used to bring them CDs from London like The Yardbirds and Chris Squire (things they knew way more than me about!) and my secret weapon, bottles of single malt whisky. 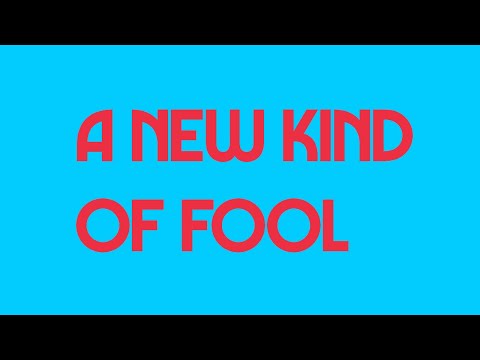 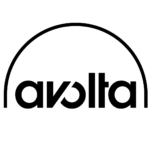